Latest News
You are here: Home1 / Gluten-Free News2 / Bug-Eating Plant Digests Gluten Better Than We Can

When you think of carnivorous plants, like the Venus flytrap, it may not occur to you that one of those types of plants can digest gluten better than we can. Yet that’s exactly what a Dr. David Schriemer from the University of Calgary has found. The results of his study were recently published in the journal Scientific Reports. The carnivorous plant in question is a tropical pitcher plant, better known as ‘Monkey Cups’. The flower that traps the bugs and looks like a little pitcher is about the size of your thumb. Inside the pitcher are precious digestive juices that could one day spell huge relief for people with Celiac disease. We all have enzymes in us that act like molecular scissors to break down gluten. But, gluten doesn’t get broken down all the way. And it’s those partially broken down pieces that causes the immune system of those with Celiac disease to overreact. The results can be severe — from stomach cramps and chronic diarrhea, to weight loss, even bowel cancer.  Read more here 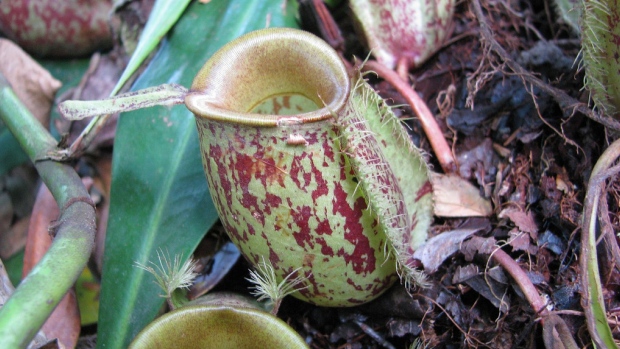 Celiac disease is triggered by partially digested gluten proteins. Enzyme therapies that complete protein digestion in vivo could support a gluten-free diet, but the barrier to completeness is high. Current options require enzyme amounts on the same order as the protein meal itself. In this study, we evaluated proteolytic components of the carnivorous pitcher plant (Nepenthes spp.) for use in this context. Remarkably low doses enhance gliadin solubilization rates, and degrade gliadin slurries within the pH and temporal constraints of human gastric digestion. Potencies in excess of 1200:1 (substrate-to-enzyme) are achieved. Digestion generates small peptides through nepenthesin and neprosin, the latter a novel enzyme defining a previously-unknown class of prolyl endoprotease. The digests also exhibit reduced TG2 conversion rates in the immunogenic regions of gliadin, providing a twin mechanism for evading T-cell recognition. When sensitized and dosed with enzyme-treated gliadin, NOD/DQ8 mice did not show intestinal inflammation, when compared to mice challenged with only pepsin-treated gliadin. The low enzyme load needed for effective digestion suggests that gluten detoxification can be achieved in a meal setting, using metered dosing based on meal size. We demonstrate this by showing efficient antigen processing at total substrate-to-enzyme ratios exceeding 12,000:1. Read more here …