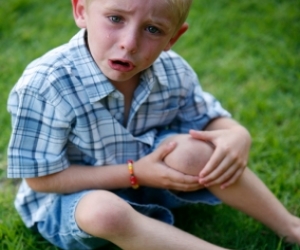 For more than six years, researchers screened 2,125 children who arrived with complaints such as joint pain or arthritis-like symptoms at the pediatric rheumatology division of New York’s Hospital for Special Surgery. They then analyzed the patient data and, after further testing, discovered that 2 percent of the children with these symptoms had undiagnosed celiac disease – a prevalence that is much higher than the general population (0.7%).

In these patients, adopting a gluten-free diet either partially or completely resolved their joint and muscle symptoms.

Key points of the study:

As a pediatric gastroenterologist at the Mount Sinai Medical Center in New York, Dr. Jacqueline Jossen diagnoses and treats numerous children with celiac disease in her practice. Though these patients are often brought in with gastrointestinal symptoms or because they’re growing at below average rates, she says that many of the children also complain of joint pain.

The gastroenterologist, who’s also a celiac patient, says these findings further demonstrate that celiac disease has a host of symptoms.

“Historically, it was always described in children as a disease characterized by diarrhea and big, bloated abdomens,” she says. “The more we learn, the more we realize there’s a very wide variety of the ways that celiac can present and some of the ways are [what] used to be called ‘atypical symptoms,’ but they’re really becoming quite common the more we’re diagnosing.”

A majority of the patients in the Pediatrics study found to have celiac disease had no celiac-associated symptoms. In fact, the most common complaints of the children in the study who were later diagnosed with celiac disease were muscle pain, joint pain and a rash (rash is another known symptom of celiac disease).

Currently, clinical guidelines don’t consider rheumatology patients an at-risk group for celiac disease, but both the researchers and Jossen say these results should prompt change.

“Our data suggest that children presenting for rheumatology evaluation are at an elevated risk for celiac disease, and standard screening of these patients should be considered,” concluded the researchers.

Jossen cautions that not every child with joint pain or muscle aches will wind up with a celiac diagnosis. “The paper is important in that it brings to light that there is probably an increased prevalence of celiac disease in this particular group of patients,” she says.

If parents are concerned that a child’s symptoms might be the autoimmune condition, she says it’s important to get a referral to a gastroenterologist for proper testing rather than just starting a gluten-free diet. “It’s really important to make sure you have the correct diagnosis,” she says.