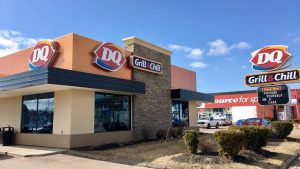 A P.E.I. Dairy Queen that offered gluten-free hamburger buns has been told to stop, prompting an Island mother to campaign to bring the buns back.

Jenna MacLean said eating out with her family can be challenging. Both she and her 12-year-old son have celiac disease and it can be tough to find restaurants that won’t make them sick.

For a few months, the Dairy Queen in Charlottetown was selling gluten-free hamburger buns. But the location was told to stop by head office because the item wasn’t corporate-approved.

MacLean is hoping to get enough support to convince the company to bring the gluten-free buns back. 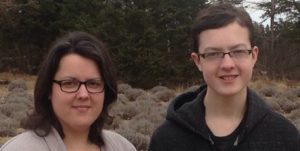 “They were fantastic,” she said. “What 12-year-old doesn’t like to go for a hamburger? So that was his one way of feeling like the rest of the kids and just feeling like a normal kid.”

In an email, a spokesperson said all food items have to go through an approval process before being sold at any Dairy Queen Canada location and that the company has no current plans to include gluten-free products on its menus.

“Although our research and development teams do consider the importance of gluten free options, Dairy Queen Canada has no current plans to include gluten free products on our menu.” — Dairy Queen

MacLean said it was “heartbreaking” to find out the buns were no longer being offered because it was a fast way for her family to get dinner. They have to check the labels on everything that they buy and eating out is very difficult for the family. But, she said the staff at the DQ in Charlottetown were well-educated because some of them have celiac disease as well.

MacLean is encouraging anyone who supports the introduction of gluten-free buns to contact Dairy Queen.

With files from Stephanie Kelly

Victoria Noodlebox Restaurants Team Up with Skip the Dishes
Scroll to top
Change Location
Find awesome listings near you!