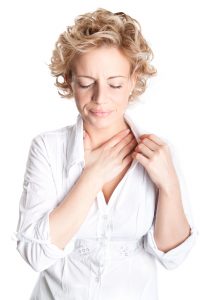 It can be a challenge for clinicians to distinguish Eosinophilic oesophagitis (EoE) from gastro-oesophageal reflux disease (GERD) patients due to overlapping symptoms. This study identified a simple marker set, combining clinical features and a blood test, that not only showed excellent ability to predict EoE – it could also distinguish EoE from GERD.

EoE 3 and GERD 4 are conditions that have an association with celiac disease.

Background Eosinophilic oesophagitis (EoE) and gastro-oesophageal reflux disease (GERD) present with overlapping symptomatology and it is challenging to distinguish EoE from GERD clinically before endoscopy.

The diagnosis of EoE still represents a major challenge, especially against the background of the more highly prevalent GERD and its overlapping clinical symptoms.

A recently published calculation indicated that patients with EoE have an estimated annual health care cost of up to $1.4 billion in the USA; it may reasonably be expected that earlier diagnosis could reduce these costs.

Aim To investigate the prognostic value of a set of clinical symptoms and laboratory values in patients with EoE and GERD.

The analysis of demographic variables revealed clear differences between the EoE and GERD patients.

It should be mentioned here that all the EoE patients in our specialized out-patient department had already been treated with a PPI by their physician and had not responded to this either clinically or histologically, so that PPI-REE was excluded.

More detailed examination of these patients revealed that they had been told they were suffering from heartburn, while in fact – as closer questioning revealed – these EoE patients did not have the typical symptoms of heartburn. For this reason, we have replaced the term ‘PPI-refractory heartburn’ by ‘PPI-refractory symptoms’ in our routine medical workup.

The other three markers in the set (PPI-refractory symptoms, history of food impaction, history of atopy) are easily recorded as part of the patient’s medical history, and they differed significantly between the two patient groups.

Our results show that a simple marker set, combining clinical features and a laboratory variable (either peripheral eosinophilia or IgE), is able to help distinguish between EoE and GERD patients, in the absence of EGD, with high accuracy.

This is of practical importance, as EoE is often prone to long diagnostic delays owing to the lack of clinical distinguishing characteristics of EoE and GERD resulting in improper biopsy technique during EGD.

In our study, we were able to identify a constellation of clinically relevant predictive markers that allow an initial distinction to be made between EoE and GERD on the basis of clinical observations alone. Our model can identify EoE accurately, and it can also reliably screen out non-EoE cases. Thus, if the marker constellation indicates that a patient may have EoE, then the physician should undergo an EGD with adequate biopsy technique to ensure definitive diagnosis of EoE.

We have developed a simple clinical and laboratory-based marker set that is able to help reliably distinguish between EoE and GERD before oesophagogastroduodenoscopy; the criteria are easily applied and they have a high predictive power.

The use of our model may be expected to lead to earlier EGDs with stepwise biopsies that will definitively make the diagnosis of EoE. Moreover, it may lead to the avoidance or reduction of complications through the earlier adoption of anti-inflammatory treatment. 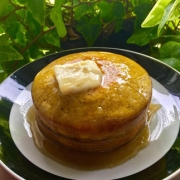 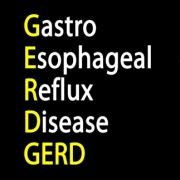 Risk Factors in the Development of Eosinophilic Esophagitis (EoE)

Eating Hurts – Could it be Eosinophilic Esophagitis?
Support This Resource 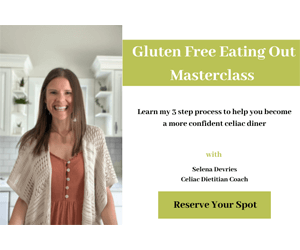