CCA Board Member Mark Johnson and Operations Manager Sue Newell represented the CCA at the conference and met with representatives from more than 20 Patient Support Groups worldwide. This report represents their learnings on Non-Celiac Gluten Sensitivity vs Celiac Disease. Want to join the Canadian Celiac Association?  Visit www.celiac.ca or email victoriaceliacs@hotmail.ca

This mysterious and most unpleasant disorder has been a point of major contention as of late, with some media reports suggesting that it may not exist. This is rather misleading – there is certainly something going on here, but some have suggested that non-celiac gluten sensitivity (NCGS) may in fact not be accurate in terms of its name. Research continues on the causes and indicators of this condition. At ICDS, the assertion that NCGS is something that might be “all in your head” never came up – we know there is a problem, we just do not yet know exactly what it is. NCGS prevalence was estimated to be 1:438 in 1950-1970, but now it’s more like 1:10. This is a major shift.

There are opposing views out there on what NCGS is. Some believe it to be a reaction to gluten or something else in wheat, rye and barley. Others are thinking it may be a result of a sensitivity to FODMAPs. At least one scientist presenting at ICDS preferred to refer to NCGS as “gluten ataxia”. The research on NCGS is still quite young but many trials and tests are taking place. NCGS is definitely not a wheat allergy and cannot be compared to such a condition. Wheat allergy is a rapid, allergic response, very distinct from celiac disease and NCGS. Comprehensive research on wheat allergies is difficult to undertake because the condition is extremely rare.

NCGS is clinically the same as celiac, but without enteropathy or serology. The lack of definitive biomarkers means that NCGS has been very difficult to diagnose. For the moment, NCGS needs to be diagnosed by exclusion. According to Dr. Carlo Catassi of Italy, NCGS patients will have a negative blood serology for celiac disease, negative immune-allergy tests to wheat, and no intestinal damage. A gene test is also helpful for excluding celiac disease. As with celiac, NCGS symptoms can be intestinal and/or non-intestinal.

For someone believed to have NCGS, the clinical response to the gluten-free diet needs to be analyzed. The symptoms should be measured and compared with the response when the patient goes gluten-free. If the patient is already eating gluten-free, a gluten challenge should be undertaken to determine whether they are celiac, NCGS, or something else. Patients are considered responsive to the gluten-free diet when at least 30% of the baseline score reduces in terms of symptoms. One interesting study, out of the UK and Iran, found that dyspepsia (indigestion) may be the main presentation of NCGS patients, so that is something to watch out for. 68% of NCGS patients had dyspepsia versus just 12% of celiacs. Weight loss and osteopenia were also often noted in NCGS patients.

From a scientific research perspective, testing of patients for NCGS needs to take place with pure gluten – not with gluten-containing products like wheat. Results can then be compared with patients taking a placebo. Some trials have found that many patients in studies that think they are NCGS actually do not show a reaction to gluten – so that’s when we get into considering whether the issue may be wheat, FODMAPs, or other conditions. The research to date is conflicted, and may be impacted by the “placebo effect,” whereby people expecting to feel symptoms will report feeling symptoms.

Dr. Catassi emphasized that NCGS cannot be self-diagnosed. It can also not be diagnosed by simple elimination of foods. It needs a positive diagnosis – and for celiac disease to be firmly excluded. Starting with the genetic testing is a good idea, since if celiac can be permanently excluded, that may save a lot of hassle down the road.

Studies are looking at whether we might be able to nail down some kind of blood marker for NCGS. For example, one study found IgG antigliadin antibodies in up to 56% of patients claiming to have NCGS, and the antibodies have been shown to disappear quickly when the patient goes glutenfree. Interestingly, in about 40% of celiacs, these antibodies remained positive after a period on the gluten-free diet. But for the NCGS patients, almost all disappeared.

Because of the difficulty of getting a firm NCGS diagnosis, the condition is often taken less seriously by one’s medical professional(s). As a result, according to a Norwegian study, celiacs are more likely to be professionally coached on diet than those with NCGS. And yet, adherence to the gluten-free diet was found to be only minimally higher in celiac patients vs. the gluten sensitive.

At ICDS, there was significant discussion of how to test subjects for NCGS. How much gluten per day? How many times a day? For how long? What delivery medium? (e.g. bars, capsules, powder, etc.) Testing with bars, muffins etc. creates the problem that research subject may be able to figure out for certain which is placebo – and this knowledge could taint the results of the research.

Researchers are also looking at whether there may be conditions associated with NCGS. For example, research out of the UK found a high incidence of self-reported NCGS in patients with postural tachycardia syndrome.

Be aware that there is an acknowledged “scarcity” of well-conducted studies relating to NCGS. Many scientists at ICDS were pushing for more research studies looking at open or blinded wheat/gluten challenges to further analyze NCGS. Stay tuned for additional developments!

At the previous ICDS presentation there was a lot of discussion of FODMAPs as a possible cause of NCGS. FODMAPs represent short chain carbohydrates and sugar alcohols that are very difficult for everyone to diagnose. Wheat, barley and rye contain fructans, one of the types of FODMAPS.

This year, there was still discussion about fructans as a possible trigger but there was also consideration given to amylase trypsin inhibitors (ATIs), a natural pesticide found in these grains. ATIs may have an influence on the intestinal inflammation found in people with NCGS. This inflammation has been demonstrated in mouse studies. One of the challenges in identifying which trigger is responsible for reactions is that these three compounds are all present in wheat.

The other question is the wide variation in presentation of patients with NCGS. There may be a variety of causes leading to similar symptoms. One study did a very careful double blind gluten challenge and found that 25% of their group responded negatively to gluten. A similar double- blind challenge in patients diagnosed with Irritable Bowel Syndrome had fewer symptoms on a gluten-free diet than on a placebo diet.

Catching up with the CCA on ‘A Canadian Celiac Podcast’ 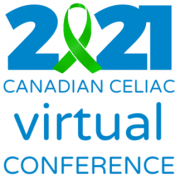 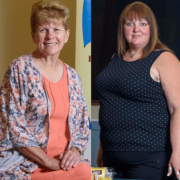 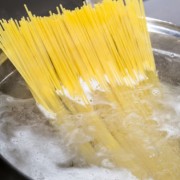 Factors in the Development of Celiac Disease
Scroll to top
Change Location
Find awesome listings near you!