Latest News
You are here: Home1 / Gluten-Free News2 / Factors in the Development of Celiac Disease

Canadian Celiac Association (CCA) Board Member Mark Johnson and Operations Manager Sue Newell represented the CCA at the  2015 International Celiac Disease Symposium (ICDS) held in Prague in June 2015. This report represents their learnings on the Factors in the Development of Celiac Disease.  Want to join the Canadian Celiac Association? Visit www.celiac.ca or email victoriaceliacs@hotmail.ca

For years, researchers have been looking at ways of possibly preventing celiac disease rather than simply treating diagnosed cases. As you may be aware, breastfeeding has been hailed as having a protective effect, and there were guidelines as to when to introduce gluten into an infant’s diet, especially when the risk is high for celiac disease. Unfortunately, breastfeeding as a way to prevent celiac has been disproven. Still, due to the positives, and with breast milk containing bioactive substances, hormones with anti-inflammatory properties, and neuropeptides, breastfeeding is still highly recommended! We do know that breastfed children tend to have fewer infections and higher IQs than those that are not.

Studies show that gender, amount of gluten, breastfeeding duration, and intestinal infection did not make much difference in terms of celiac risk. Whether children are partially or totally breastfed was also inconsequential. Feeding patterns in the first years of life seem to play a minor role in terms of celiac disease. Dr. Joe Murray of the Mayo Clinic cautions, however, that more research is needed to confirm these findings. That said, in terms of celiac risk, the genetic makeup of a child appears to be much more important than the diet. Celiac disease, as we know, is nothing like a food allergy.

However, it may still be possible to prevent the onset of celiac disease, and scientists have looked at a number of factors. According to Dr. Alessio Fasano, what happens in the gut may have tremendous consequences for us, including effects on the brain. Intestinal health is important for everyone. Generally, you are much better off if you were delivered vaginally (as opposed to by caesarean section) and in early life had proper nutrition, no infections, and no antibiotic treatments. Early antibiotic treatment in children increases the risk of allergies in particular because of the effect on microbiota.One study also found that more frequent maternal infections during pregnancy are associated with an increased risk of the child developing celiac.Swedish research found no connection between children getting a rotavirus or respiratory infections and likelihood of developing celiac disease.

The gluten impact on the brain, outside of celiac disease, is an exciting area of new research. Studies are also going on to see whether certain infections may play a role in someone’s likelihood of developing celiac disease.

Several presenters used the word “epidemic” in relation to celiac disease, particularly in some areas of the world (e.g. Scandinavia). Worldwide, the prevalence of celiac has increased five- fold since the mid-1970s. Given that our genome has not been changing much, the blame is being put on yet-to-be-confirmed environmental factors. For example, Israeli research is currently looking at whether certain food additives may play a role in the increased celiac prevalence and gut permeability. We know environmental factors are key so, theoretically, it should be possible to prevent celiac disease.

Dr. Frits Koning of the Netherlands is working hard on research trying to identify if certain cells may be responsible for the onset of celiac disease. His focus now is on certain t-cell receptors that seem to be present in celiacs. Dr. Koning himself, for example, has the genes for celiac, but does not have the t-cell receptors, and does not have celiac disease – yet. With knowledge of what cells may be causing the development of celiac, if we can get rid of them, we can reduce the risk. However, Dr. Koning warned that it took 20 years of research to get where he is now, and we’re a good 10 years away from a solution here. 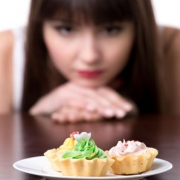 Chicken or Egg? Are Celiac Disease and Eating Disorders Related? Celiac Scene September News Round Up on ‘A Canadian Celiac Podcast’