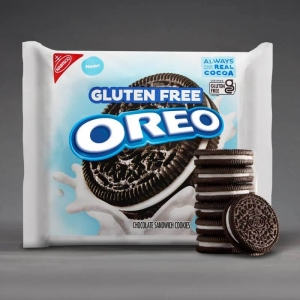 Looking at Google Trends, the topic “gluten-free diet” gained interest slowly before peaking at the end of 2013. But interestingly enough, compared to a topic like the “Paleolithic diet” which peaked around the same time and has petered out, searches for “gluten-free” have remained steady. The difference may be that adherents don’t view avoiding gluten as a fad, but as the elimination of an allergen—something they may avoid for life.

Now, even the world’s best-known cookie brand seems to be acknowledging that gluten-free is here to stay. In a post to their official Twitter account, Oreo has announced that Gluten Free Oreos will be hitting shelves in January 2021. A brand spokesperson said that Oreo Double Stuf Gluten-Free will be released at the same time as well – so we’re actually getting two gluten-free varieties.

As you might expect from a cookie of Oreo’s stature, some fans were very excited about the news. “Best thing to ever happen,” one presumably gluten-free Oreo lover tweeted. The cookie brand replied, “We thought that would make you smile.”

That being said, it is 2020, and as mentioned, gluten-free has been established in the public conscious (and diets) for some time now—so some people may be wondering what took Oreo so long. “At Oreo, we take pride in regularly adding new choices and varieties based on what we’re hearing from our fans,” the brand said in a statement. “Oreo is always looking to welcome more people to experience the playfulness of Oreo cookies. We have been planning the launch of our Gluten-Free cookies for some time and are excited to give more fans the opportunity to experience the playfulness of Oreo cookies beginning in January 2021.”

It’s a bit of a vague response, but allow me to read between the lines: Oreo is one of the most iconic flavors on the planet, and though they’re happy to roll out all sorts of experimental flavors, it’s safe to assume Oreo wanted the gluten-free versions of their cookies to taste as much like the originals as possible. The brand says that both new gluten-free varieties are being added to the permanent Oreo lineup, so maybe Oreo was just taking some time to get things right?

Regardless, Oreo promises more details will be forthcoming closer to the new products’ release. But today, the brand is just trying to spread the gluten-free love. 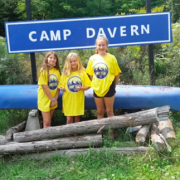 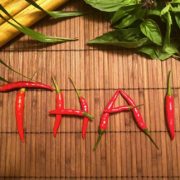 Every Day Gluten-Free Gourmet Teaches Us About Thai Food 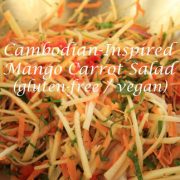 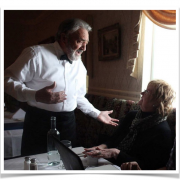 Do Antibiotics in Childhood Increase the Risk Factor for Celiac Disease?
Scroll to top
Change Location
Find awesome listings near you!