Improvement of ataxia was usually seen within a year of the strict gluten-free diet even in those without enteropathy (intestinal damage). Dr. Marios Hadjivassiliou of the UK, who spoke about this issue, finds it very easy to justify putting people with gluten ataxia on the gluten-free diet, as the benefits are significant.

In his research, Dr. Hadjivassiliou found neurophysiologic evidence of improvement of neuropathy within a year of the gluten-free diet among his test subjects. Gluten neuropathy was not common at the time of diagnosis of celiac (2%), but much more common in the long term. The onset of gluten ataxia averaged around 56 years of age, and the prevalence was roughly equal between men and women.

In terms of why there seemed to be an increase in neuropathy in people long after the celiac diagnosis, he chalks it up to poor adherence to the gluten-free diet. Further, he argues, cheating on the diet when you suffer from gluten ataxia may put you at increased risk of vascular dementia.

From the Scientific Forum

One question that remains is whether extra-intestinal manifestations of celiac disease respond to a gluten-free diet in the same way as intestinal symptoms. Research from the University of Chicago indicates that approximately 75% of children on a strict gluten-free diet showed symptom resolution, a higher rate than symptom resolution found in adults. 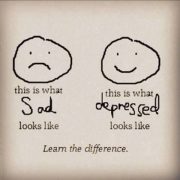 Are Celiacs Prone to Depression or Just More Likely To Seek Treatment?
Support This Resource

Qualified visitors, simple packages, and great rates equal unbeatable ROI. Advertise on the Scene
The Gluten-Free Diet Paradox – When What You Need Isn’t What You...