Latest News
You are here: Home1 / Gluten-Free News2 / New Drug May Be Helpful Even If Following a Strict Gluten-Free Diet 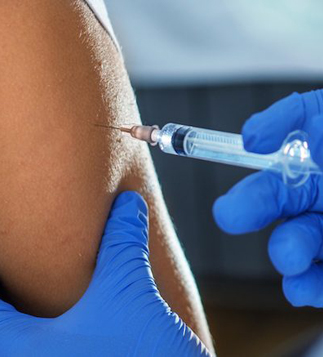 Studies presented at this year’s Digestive Disease Week addressed an ongoing challenge for patients with celiac disease (CD): adherence to a gluten-free diet.

Once a diagnosis of CD has been confirmed, strict avoidance of exposure to gluten is recommended. However, the challenge of adhering to a gluten-free diet is exacerbated by the fact that variable amounts of gluten contaminate “gluten-free foods” because of less than precise food production, processing, packaging, or preparation. In addition, labeling may be inexact.

Inadvertent exposure to gluten also may be associated with exposure to nonfoodstuffs (eg, lipstick, toothpaste). As a result of contamination, patients may continue to have mucosal inflammation despite a gluten-free diet.

Whereas the amount of gluten is known for individual products, the degree of inadvertent exposure to gluten by persons with CD is unknown. Gluten immunogenic peptide (GIP) analysis, which allows direct and quantitative assessment of gluten exposure, has been shown to be of value in the diagnosis and clinical management of patients with nonresponsive or refractory CD.

Silvester and colleagues determined the amount of gluten ingested by highly motivated, educated patients with CD adhering to a gluten-free diet by measuring the levels of GIPs in food, urine, and stool and the relationship with gluten exposure and persistent villous atrophy or related symptoms. As part of the study, participants also saved “doggie bags” for analysis that contained a sample of any processed or cooked food consumed.

Gluten was detected in at least one sample from 86% of patients consuming a gluten-free diet. Overall, approximately 33% of food samples positive for GIPs contained > 20 ppm of GIPs, with some containing > 100 ppm of GIPs. The estimated amount of GIPs ingested ranged from 0.23 mg to > 40 mg per exposure.

These novel data confirm that strict gluten avoidance is difficult to achieve, even by those who are highly motivated and educated.

AMG 714
Because it is difficult for a patient with CD to completely avoid gluten exposure, another level of protection—beyond a gluten-free diet—is needed.

Study #1: In a randomized, double-blind, placebo-controlled phase 2a study, patients received six subcutaneous doses of AMG 714 (150 mg or 300 mg) or matching placebo over a 10-week period.[3] From weeks 2 to 12, selected patients received a high-dose gluten challenge (approximately 2.5 g/day for 10 weeks). The primary endpoint, the effect on the villus height to crypt depth ratio, was not statistically significant, but AMG 714 reduced gluten-triggered effects across several endpoints.

This agent may also be useful for refractory celiac disease type II, also called “pre-enteropathy-associated T-cell lymphoma” (pre-EATL), which arises as a complication of CD. This condition is a devastating and rare small bowel in situ lymphoma. The prognosis is poor; 50% of patients progress to EATL, and 5-year survival is about 45%.[4]

The presence of pre-EATL is defined by an aberrant monoclonal intraepithelial lymphocyte (IEL) population. IL-15 plays a major role in pre-EATL; it exerts antiapoptotic effects on aberrant IELs and is the key driver for transformation of IELs during lymphoma development. AMG 714 (anti–IL-15) prevents signaling of the IL-15 receptor complex on the cell surface of the IELs and halts proliferation and activation.

Study #2: In a randomized, double-blind, placebo-controlled phase 2a study conducted by Cellier and colleagues,[4] patients received seven doses of AMG 714 (8 mg/kg) or matching placebo over 10 weeks. The primary endpoint, reduction in aberrant intestinal IELs, was not statistically significant between the groups.

In both studies, there were no serious adverse events or safety signals associated with AMG 714. Immunogenicity was low, and neutralizing antibodies were not detected.

Therefore, AMG 714 merits development as an adjunct to a gluten-free diet, offering a potential medical approach to alleviating symptoms for patients inadvertently exposed to gluten. 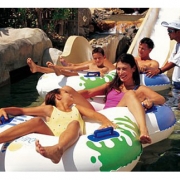 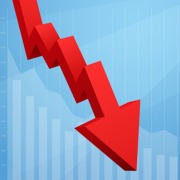 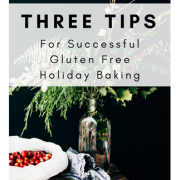 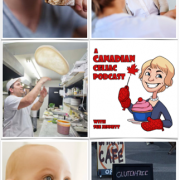 Celiac Scene News Round Up on ‘A Canadian Celiac Podcast’ 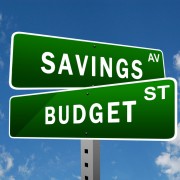 Living Gluten Free on a Budget
Support This Resource

Qualified visitors, simple packages, and great rates equal unbeatable ROI. Advertise on the Scene
Who Knew! Straws Made of Hay!