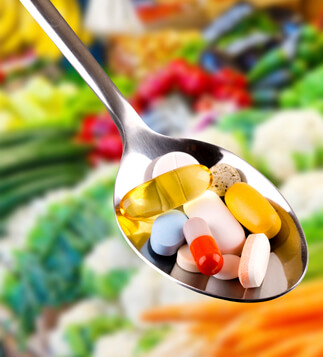 “Physicians should know that deficiencies may develop and that they should check up on their patients regularly, even if they do not exhibit GI symptoms.”

Nutritional deficiencies are common in celiac patients on a gluten-free diet, regardless of their level of dietary compliance or length of time they’ve adhered to the diet, a new study shows.

The findings indicate such deficiencies may be related more to the relative nutritional inadequacy of a gluten-free diet than to malabsorption among these patients, according to the researchers.

“Celiac disease is associated with quite a few nutritional deficiencies, which may be explained by malabsorption when the disease is active,” Aseera Jivraj, an undergraduate student at McMaster University in Hamilton, Ontario, said. “We wanted to understand how prevalent these deficiencies are, and how they’re influenced by patients’ compliance with gluten-free diets.”

To help evaluate the presence of nutritional deficiencies in celiac disease patients on short- and long-term gluten-free diets, Ms. Jivraj’s group enrolled 169 consecutive patients (median age, 37 years; 76% female) into the study. All participants had biopsy-proven celiac disease. Adherence to a gluten-free diet was validated using the Celiac Dietary Adherence Test and a dietary review by a dietitian. At the time of patient enrollment, the researchers also measured levels of anti-tissue transglutaminase antibody, immunoglobulin A, and a variety of vitamins and minerals.

Overall, dietary adherence was rated as excellent in 50% of the participants, good in 36% and fair in 14%. However, compliance was superior among patients on the long-term diet: excellent/good, 92% versus 74%, and fair, 8% versus 26%, according to the researchers.

Yet the analysis found that 82% of patients had persistent symptoms at follow-up, with no differences between the groups, despite the fact that 81% had normal antibody levels (Table).

“So, it didn’t matter whether people were on a short-term diet or long-term diet, they still had nutritional deficiencies,” Ms. Jivraj, who presented the findings at the 2020 Canadian Digestive Diseases Week (abstract A23), said.

“Each nutrient had a predetermined range,” said Ms. Jivraj, who conducted the study under the supervision of senior author Maria I. Pinto-Sanchez, MD, an assistant professor of gastroenterology at McMaster University. “When patients’ levels fell outside the lower end of the range, they were considered deficient. Likewise, if it fell outside on the upper end, they were considered to have increased levels.”

The only mineral that showed consistently high levels in the study’s participants, irrespective of the length of their gluten-free diet, was chromium, which was increased in 74% of patients.

Given these findings, the researchers concluded that nutritional deficiencies are frequent in celiac disease patients on gluten-free diets, regardless of their compliance with or duration of the regimen.

“It’s incredible to have the high level of adherence that we saw, but nutritional deficiencies were commonly seen, even in people who are strictly adherent to the diet,” Ms. Jivraj added.

Dawn W. Adams, MD, MS, the medical director of the Center for Human Nutrition at Vanderbilt University Medical Center, in Nashville, Tenn., said the results suggest that nutritional deficiencies may be related more to nutritional shortcomings in gluten-free diets than malabsorption in patients with celiac disease.

“I think the gluten-free diet can be restrictive for a couple of reasons,” Dr. Adams said. “First, gluten-free products aren’t necessarily fortified and supplemented, like the gluten-containing products can be. And generally, by avoiding whole grains, you’re likely going to miss out on some essential vitamins and minerals.”

Some data also indicate that people with celiac disease might restrict their diets in other ways as well. “Perhaps their diets aren’t as diverse or they’re afraid of eating certain foods because they have a legitimate fear of getting sick,” Dr. Adams added.

Consequently, gastroenterologists have an important role in suggesting alternative nutrient-rich foods for these patients. “I try to educate my celiac patients that just because a diet is gluten-free doesn’t necessarily mean it’s healthy,” Dr. Adams said. “I think that’s a common misconception, even among physicians. Also, I think physicians should know that deficiencies may develop and [they should] check up on their patients regularly, even if [they] don’t have any GI symptoms.” 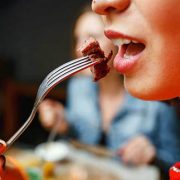 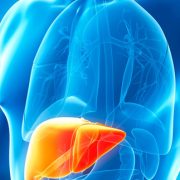 Followers of a Gluten-Free Diet Considered High-Maintenance, Selfish and Arrogant. What Gives?
Support This Resource