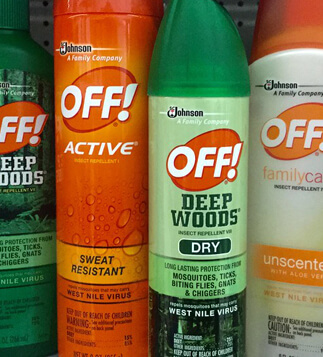 “A combination of pollutants, plus genes, plus exposure to gluten may cause celiac disease,” said Jeremiah Levine, MD

While previous research has demonstrated that the origins of celiac disease are largely genetic, a new study reveals that an underlying cause of the disease also may be environmental. The study, submitted to the 2020 Digestive Disease Week (abstract 1120), found that levels of toxic chemicals found in pesticides, nonstick cookware and fire retardants are increased in young people with celiac.

“It is not that our study shows that pollutants cause celiac disease. We think it is a combination of pollutants, plus genes, plus exposure to gluten that causes the disease,” said Jeremiah Levine, MD, a pediatric gastroenterologist at NYU Langone Health, in New York City, and the senior investigator on the research project.

“Our study establishes the first measurable tie-in between environmental exposure to toxic chemicals and celiac disease.”

Dr. Levine said he launched the study because of the unexplained increase in the incidence of celiac disease, which affects roughly one in 100 adults worldwide. He has had a long-standing interest in whether environmental issues could be contributing to the increased incidence of gastrointestinal diseases.

While the HLA-DQ2 and HLA-DQ8 genotypes play a clear and important role in the pathology of celiac disease, evidence from mouse models suggests that genetic predisposition and exposure to gluten are not the only factors contributing to the condition, Dr. Levine said.

To conduct the study, Dr. Levine’s group prospectively evaluated all children who presented at NYU Langone Hassenfeld Children’s Hospital with complaints that would raise concerns about the possibility of celiac disease. The researchers then followed the children to determine who had celiac disease and who did not and evaluated their exposure to persistent organic pollutants (POPs).

These halogenated, synthetic organic compounds are used in a variety of manufacturing and industrial processes, and are known endocrine disruptors with a plausible link to celiac disease, given the interplay between the endocrine and immune systems, according to the researchers.

The study cohort included 30 children and young adults, aged 3 to 21 years, who were newly diagnosed with celiac disease, and 60 other young people without the disease of similar age, sex and race.

DDE is the main metabolite of dichlorodiphenyltrichloroethane, which was predominately used as an insecticide until U.S. regulators banned the substance in 1972. Perfluoroalkyl substances including perfluorooctanesulfonic acid and perfluorooctanoic acid are commonly used as surfactants and polymers for consumer products and building materials. PBDEs are ingredients in flame retardants in upholstered furniture, mattresses and electronic products.

Although many of these substances have been or are being phased out of use, they are resistant to degradation and can accumulate in animal and human tissue.

Dr. Levine said the new findings may help to explain why some children with genetic susceptibility develop celiac disease while others remain disease-free. Dr. Levine said the POPs his group analyzed may act by altering tight junctions in the gut, allowing for gliadin—a key protein in gluten—to more easily cross the small intestinal epithelium. Alternatively, POPs may act in an endocrine-disrupting manner by enhancing the immune response after gliadin has crossed the intestinal barrier, he said. 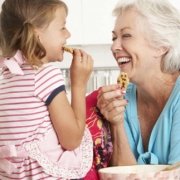 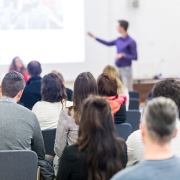 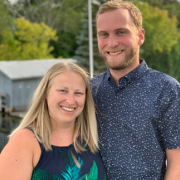 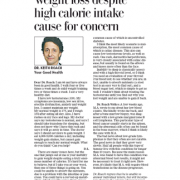