Speakers at International Celiac Disease Symposium 2015 in Prague spent time reflecting on how far we have come in terms of food labelling regulations. The president of the Austrian Coeliac Society, Hertha Deutsch, told the ICDS that, in 1988, compound ingredients (forming less than 25% of the total product) did not need to be declared in food. Products that contained hydrolyzed vegetable protein with up to 25% gluten were not required to list gluten as an ingredient.

At that time, the protein content in meat products was often boosted with wheat fillers. “Soy-free plant protein” based on wheat gluten was a frequent filler. Wheat gluten did not need to be labelled at all if it was used as a food additive or included for technological reasons.

In 1991, Codex accepted an Austrian request to work on improving the labelling in terms of gluten-containing ingredients. Deutsch said that she told the Codex people straight out: “It is our human right to know what ingredients are in the food we are eating!” At the time, food researchers were looking at adding a gluten-containing compound as a coating on fruit items, as a way to increase protein consumption. After much hard work by celiac patient organizations and others, this project was halted in 1992. Gluten used to be put as a coating on cheese as well, and this was stopped in 1998 thanks to hard work by the Netherlands and Austria in particular.

The next step was the gluten-free standard. The 2008 Codex standard on gluten-free foods established that, ion order to be labelled as gluten free, foods must contain gluten in amounts below 20 mg/kg (20 ppm). In addition, component ingredients cannot contain gluten. Codex also dictates that information about key allergens must appear in bold typeface on product labels. 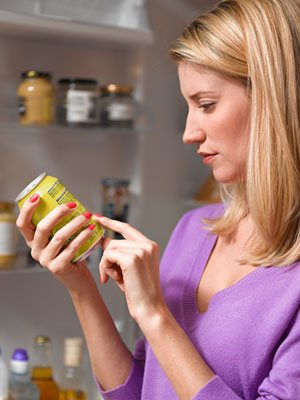 Today, 186 of 194 United Nations States adhere to international labelling standard Codex Alimentarius. However, there are exceptions in Europe. Products can contain certain “gluten” ingredients if they meet the standard – such as the “cleaned” wheat starch that has been in European gluten-free products for years. Glucose syrups based on barley, wheat-based maltodextrin, and cereals used for alcohol are allowed as they do not contain gluten. Since oats can be tolerated by nearly all people with celiac disease, pure and uncontaminated oats may be used in gluten-free products, according to Codex. In Canada, we recently celebrated a huge victory on labelling whereby gluten-free products using safe oats can now be labelled as GF, rather than the more vague “wheat free” or other labels we had seen before. 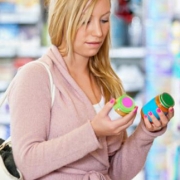 If a Product Does Not Contain Gluten Ingredients, Why Isn’t It Labelled Gluten-Free?
Support This Resource

Understanding of Celiac Disease in Russia and Former Soviet Republics
Scroll to top
Change Location
Find awesome listings near you!