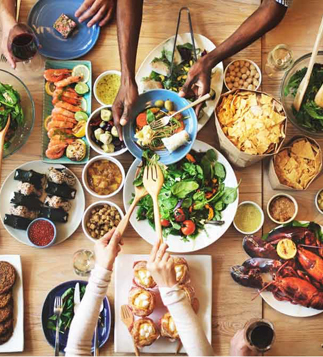 A small study using sensitive tests shows what many have suspected: even with the best intentions of adhering to a gluten-free diet among patients with celiac disease, gluten ingestion occurs frequently.

A gluten-free diet (GFD) is the primary treatment for celiac disease (CD), yet the persistence of villous atrophy in many patients who follow a “strict” GFD points to ongoing unintended gluten exposure.

That phenomenon has been confirmed in a small subanalysis by the international Doggie Bag Study group, which reports that gluten ingestion occurs frequently despite herculean efforts to achieve the improbable goal of strictly following a GFD. The study found that even for patients with celiac disease whose adherence to a GFD is good or excellent by standardized self-report measures, antibody evidence indicated ingestion of foods containing glutens during a 10-day period that preceded biopsy.

That suggests the need for new treatments beyond diet, according to Jocelyn A. Silvester, MD, PhD, a pediatrician at Boston Children’s Hospital and Harvard Medical School, Massachusetts, and colleagues. “Our novel findings support the general concern that a gluten-free diet may be more aspirational than achievable, even by highly committed and knowledgeable individuals,” they write.

In a study published online December 19 in Gastroenterology, 2  the researchers report on 18 generally asymptomatic participants (12 women; median age, 41 years) who had no intentional gluten exposures. They were recruited from the Manitoba Celiac Disease Inception Cohort study. Oxymoronically, the aim of the analysis was to measure gluten in a diet supposedly free of it.

Using food testing and gluten-related antibody immunoassays to detect the protein compound in the regularly ingested foods and in the stool and urine of community-dwelling adults with CD who claimed to strictly follow a GFD, the investigators found evidence aplenty of gluten in these GFDs.

For 7 days, participants provided a representative 25% portion of food consumed, which included sauces, dressings, and flavored drinks and excluded gluten-free unprocessed foods, such as fruits, vegetables, and wine.

In excretory assays, gluten immunogenic peptides were detectable in 30 of 519 (6%) samples from eight participants and in 8 of 75 (11%) stool samples from five participants. Positive samples were distributed throughout the day.

“This well-done, small study using sensitive tests shows what many have suspected: even with the best intentions of adhering to a gluten-free diet among patients with celiac disease, gluten ingestion occurs frequently,” gastroenterologist Hashem B. El-Serag, MD, chair of the Department of Medicine at Baylor College of Medicine in Houston, Texas, told Medscape Medical News.

He added that although the clinical relevance of these small amounts of ingested gluten is not completely clear, it is feasible that some patients would experience related symptoms at these levels.

The authors stress that the cohort was relatively adherent to a GFD, inasmuch as for more than 24 months, the median serum tissue transglutaminase (TTG) immunoglobulin A level decreased from 9 to 0.6 multiples of the upper limit of normal. And although all participants improved from baseline, 56% had persistent villous atrophy on biopsy.

It was clear that noninvasive measures of GFD adherence did not correlate closely with gluten exposure. For most participants with normal TTG, at least one sample was positive (7/11, 64%). Two thirds of those patients whose samples were positive had a histologic Marsh score of 3a, whereas two thirds of those with all-negative samples had normal villous architecture (Marsh 0 or 1). Nevertheless, for 4 of 6 patients with scores of Marsh 0, gluten was detectable in at least one sample.

According to the authors, the <20 ppm level of gluten exposure may not be low enough to heal the mucosa. “This issue likely underlies persisting symptoms and incomplete mucosal recovery. Additional treatments are needed for this common condition,” they write.