Latest News
You are here: Home1 / Gluten-Free News2 / Are Probiotics No-Biotics? What You Need to Know About Resetting Your ... 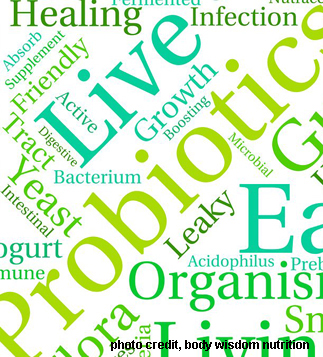 Two papers published in the journal Cell evaluated the results of a small study of whether probiotics have a beneficial effect in the gut. The answer – not much!

Eran Segal, Ph.D., of the Department of Immunology at the Weizmann Institute of Science in Israel, and colleagues looked at what happened in humans and mice after administration of probiotics. Not all that much.

A group of 25 healthy human volunteers was divided into probiotic-treated and placebo groups in a four-week trial. Both groups were given colonoscopies before, and three weeks into the trial. In the first study, humans and mice who were not being treated with antibiotics were given probiotics.

1. Probiotics were able to colonize the guts of some people (these are called “persisters,”) but not others.
2. Mice have an indigenous biome which is resistant to colonization by the probiotics.

“Surprisingly, we saw that many healthy volunteers were actually resistant in that the probiotics couldn’t colonize their GI tracts.” Eran Elinav, MD, PhD

The second paper examined the effects of probiotics on mice and humans that were given antibiotics first. Would the probiotics repopulate the intestinal flora? In this study, 21 participants, none of whom was currently taking probiotics, were given a broad spectrum antibiotic for one week.  were divided into three groups. One group got a placebo (“watch and wait.”) The second got four weeks of the same 11 probiotics used in the first study. The third group received Autologous Fecal Microbiota Transplantation (aFMT), which is also called a fecal transplant. Each group was given two endoscopies and two colonoscopies. The results were unexpected:

“…[C]ontrast, empiric probiotics induce a marked and persistent inhibition in the indigenous microbiome and host gene expression reconstitution toward their naive pre-antibiotic configuration, even when compared to a ‘watchful waiting’ approach.”

Although this was a very small study, its results are clear. In the absence of antibiotic therapy, some people were colonized by probiotics, but we do not know whether this is beneficial, harmful, or neither. But when taken to restore the normal flora which was depleted by antibiotics, probiotics prevented the reestablishment of normal biomes for months.

Will the use of probiotics now be now flushed down the toilet?

Who better to ask than American Council advisor Dr. David Seres, who is the Director of Nutritional Medicinal at NYPresbytarian Hospital:

“The fact that probiotics probably have no benefit is no news to anyone who follows the huge amount of research surrounding them. The importance of these new studies is that they point out how trendy science may have a risk.  While not proof positive, these studies tell us that we had better be far more careful with stuff that sounds like a good idea. In biology, things that sound good are more often wrong.  Wrong isn’t a real concern when there’s no harm done (other than to the wallet of the consumer), but wrong is a terrible thing when people are hurt.”

During this time he conducted research in a number of therapeutic areas, including diabetes and obesity, antibiotics, HIV/AIDS, hepatitis C, and oncology. His group discovered the novel antibiotic Tygacil®, which was approved by the FDA for use against resistant bacterial infections in 2005.

He is the author of 25 patents, and 35 academic papers, including a chapter on new therapies for hepatitis C in Burger’s Medicinal Chemistry, Drug Discovery and Development, 7th Edition (Wiley, 2010), and has given numerous invited lectures on how the pharmaceutical industry really works.

Dr. Bloom joined the American Council on Science and Health in 2010 as ACSH’s Director of Chemical and Pharmaceutical Sciences, and has published about 40 op-eds in numerous periodicals, including for The Wall Street Journal, Forbes, New Scientist, The New York Post, National Review Online, The Boston Herald, and The Chicago Tribune. In 2014, Dr. Bloom was invited to become a featured writer for the site Science 2.0,  where he wrote more than 75 pieces on a broad range of topics. 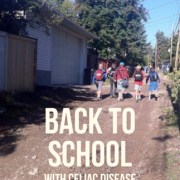 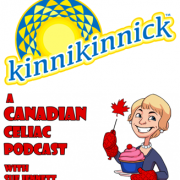 How Kinnikinnick Coped with Covid on ‘A Canadian Celiac Podcast’ 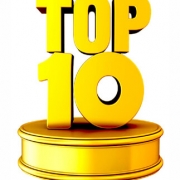