Latest News
You are here: Home1 / Gluten-Free News2 / Why Do Celiac Disease Patients Fail to Adhere to a Gluten-Free Diet? 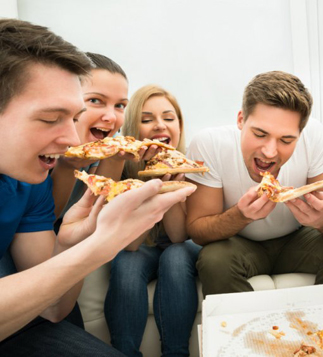 “New research  revealed that approximately 20% of children and adolescents with celiac disease reported not strictly adhering to a gluten-free diet.”

The only safe and effective treatment of celiac disease* is a gluten-free diet. When gluten is not a part of a diet, the small intestine heals and the patient can return to normal health.

Social, cultural, and economic pressures prove to be the main reasons for lack of compliance among this age group. Past research has shown that inadequate information and education about the disease is another obstacle to maintaining a gluten-free diet.

In addition, the limited availability and high cost of gluten-free diets are some other barriers for celiac disease patients to overcome.

Celiac in Children and Adolescents

A recent cross-sectional and retrospective study published in the BMC Gastroenterology  2 evaluated patients under 20 years of age to examine the rate and determinants of non-adherence to a gluten-free diet. This study, conducted between November 2011 and February 2012 at the pediatric gastroenterology outpatient clinic in Sao Paulo, Brazil, also evaluated the dietary habits and nutritional status of the participants.

Thirty-five male and female participants selected for the study were administered a questionnaire to obtain information on social life, awareness, adherence and difficulties regarding the gluten-free diet, and food routine at home, school, parties, and travel. Researchers used past medical records to gain knowledge about any associated diseases, laboratory test results, and anthropometric measurements such as weight, height, and body mass index (BMI). The available data was collected at the time of diagnosis and one, two, and five years after diagnosis.

Interestingly, 91.4% of the patients or their family members reported being in a good, very good or great state of health compared with the same age people without celiac disease. Adherence to the gluten-free diet by these patients improved their health and well-being. The researchers found that almost half of the participants had another disease in addition to celiac disease, the most common being type 1 diabetes.

Using the anthropometric data at the time of diagnosis, the researchers evaluated the nutritional evolution for 27 patients after treatment. The treatment resulted in a considerable improvement in weight and height gain in children who were underweight and had a height deficit respectively at the time of diagnosis. Additionally, there was a significant increase in the proportion of overweight patients during the follow-up period.

Most patients in this study found it easy to follow the gluten-free diet and were fully aware that they would need to follow the diet lifelong. However, dietary adherence in case of celiac disease is challenging and voluntary or involuntary transgressions lead to the occurrence of undesirable symptoms in patients. There is a need to educate patients, their parents, schools, and all those responsible for patient’s adherence to ensure a lifelong gluten-free diet.

Although this study has limitations such as a small sample size, lack of complete nutritional evolution data, and the retrospective nature of the analysis, the results point out to a trend commonly observed in many other studies on adherence to the gluten-free diet.

Celiac disease a lifelong condition that currently has no cure. Avoiding gluten is the only way to treat the disease and prevent the complications associated with it. This study emphasizes the important factors such as high cost, lack of availability, and poor palatability of gluten-free diets as the reasons for transgression. Patients who strictly followed the diet could overcome the nutritional deficit and gain weight and height. The authors express the need for early diagnosis and continuous education for a better adherence to gluten-free diet and an overall improvement in the quality of life of pediatric celiac disease patients.

Reference: Maraci Rodrigues et al., Rate and determinants of non-adherence to a gluten-free diet and nutritional status assessment in children and adolescents with celiac disease in a tertiary Brazilian referral center: a cross-sectional and retrospective study. BMC Gastroenterology (2018) 18:15 DOI 10.1186/s12876-018-0740-z

* Celiac disease (CD) is the most common genetically related food intolerance. It is an autoimmune disorder in which the body reacts to gluten – a water-insoluble protein found most commonly in wheat, barley, and rye. The immune system of genetically susceptible patients reacts to gluten consumption by destroying the part of the small intestine that absorbs vital nutrients, leading to enteropathy (inflammation of intestinal mucosa).

The diagnosis of the disease is usually based on typical symptoms, serology tests, intestinal biopsy, and response to a gluten-free diet. The autoantigen associated with clinical manifestation of celiac disease is the enzyme tissue transglutaminase. The presence of anti-tissue transglutaminase antibodies and anti-endomysial antibodies (EMAs) is used as a diagnosis. The genetic susceptibility of an individual is conferred by haplotype variations (set of DNA variations) in the human leukocyte antigen (HLA). 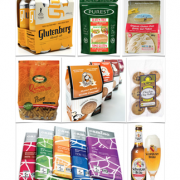 What’s New in Gluten-Free by ‘A Canadian Celiac Podcast’ 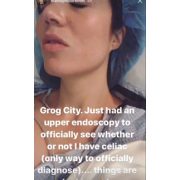 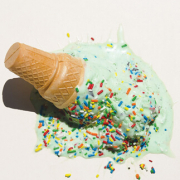 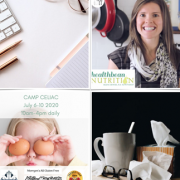 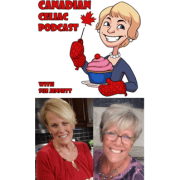