Latest News
You are here: Home1 / Gluten-Free News2 / Corkage – Bakeage – Cakeage! Have You Brought Your Own Gluten-Free... 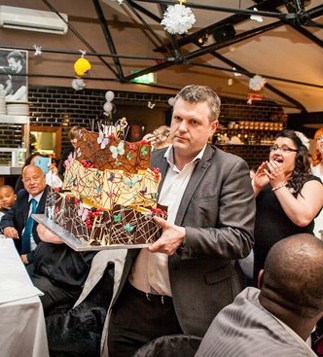 Most people will have heard the term “corkage,” whereby a customer brings a special bottle of wine to the restaurant and pays a certain amount for the privilege.

This chef would like to coin the terms ‘bakeage’ or even ‘cakeage’ – a charge for bringing in gluten-free bread or cake. Have you ever done it?

There was a pizza restaurant in north London where, whenever the staff discovered it was someone’s birthday, they would come out into the restaurant doing a conga, singing Happy Birthday to You and rattling trays of cutlery. It was great fun, especially the first time you heard it during the evening.

When a friend of mine celebrated his birthday in a posh restaurant in France, they didn’t sing, but they did bring out a beautiful sponge cake filled with red fruit and chantilly cream. Slightly classier, but maybe not as joyous.

A real bugbear in the restaurant business is when a customer turns up unannounced with a cake that they ask to be served at the end of the meal. A bit of empathy is required here, of course – they just want to celebrate.

I have come to really appreciate the fact that people feel comfortable enough in our restaurant to do this. Once we even had an opera singer in, whose incredible rendition of Happy Birthday to You made the whole place shake. 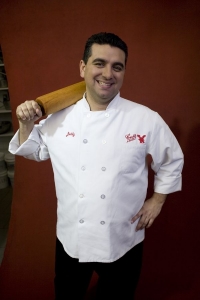 I don’t mind if a few people bring their own cake. But if you have several tables a day doing this and they don’t order pudding, it can really start to eat into the takings. Two tables of six a day not having pudding represents an potential cost – if all 12 of those people would have ordered pudding from the menu – of £34,000 a year.

It all adds up. If you have a team of pastry chefs to make cakes, and charge for them, as my friend’s restaurant in France did, that’s fine; but this won’t be the case for a small bistro or pub – so steps are often taken to discourage the self-cakers. I have even heard horror stories of customers being allowed to bring the cake but being refused cutlery and plates to eat it with. In other words, you can have your cake but you can’t eat it.

Our eventual solution was for our (one) pastry chef to make a delicious little “token cake”, to be taken out, free and gratis, to the table at the end of the meal, with a real candle and everything, so that the ritual singing can occur. It seemed a bit more substantial than piping “Happy birthday” on a plate in chocolate, which I find a nice symbolic gesture but ultimately pointless.

Most people will have heard the term “corkage”, whereby a customer brings a special bottle of wine to the restaurant and pays a certain amount for the privilege. The term originates in the 1820s, so the practice has been around for a while.

More recently, the term “cakeage” was coined – by Herb Caen in the San Francisco Chronicle in 1991, according to one source – to denote a charge made to a customer for bringing a cake into a restaurant. The charge covers the cost of serving and cleaning and, I guess, compensates the place for possible loss of pudding revenue.

The idea, and the practice, seem to be spreading. I have spotted people bringing gluten-free bread to the Sportsman (we’ve yet to come across a gluten-free bread we like, and don’t want to serve something we think is horrible) and would therefore like to coin the term “bakeage”. Eventually people may just bring their own wine, bread and cake to a restaurant and we can have the night off.

Remember to switch off the lights when you’re done. 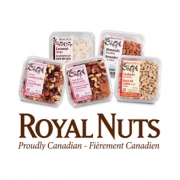 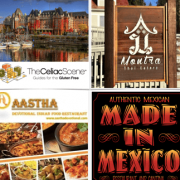 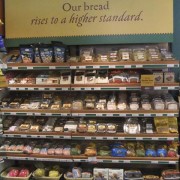 Shopping While Hungry at Planet Organic 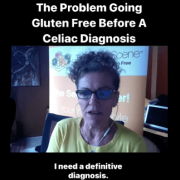 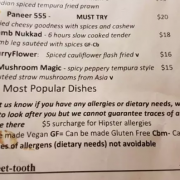 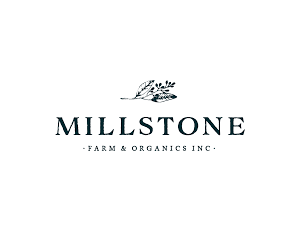