It was a university in Australia that developed the low-FODMAP diet just over a decade ago and it is that country that is in the vanguard of markets where the diet is taking off and where foods are being specifically launched to fit the regime. 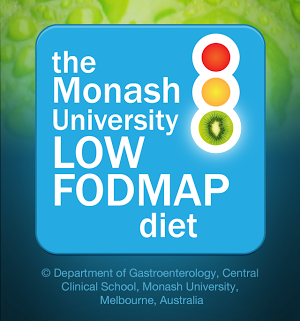 Despite its isolated geographical location, when it comes to global health food trends, few countries are as influential as Australia. In the past, the nation’s inhabitants have been quick to embrace a number of emerging food and drink categories, such as free-from and gluten-free, with adoption rates in Australia often a couple of years ahead of other nations.

The latest craze that has grabbed the attention of the Australian population is the low-FODMAP diet – a diet that involves a reduction in the consumption of certain sugars that have been found to cause digestive discomfort.

The low-FODMAP diet was developed by researchers and dieticians at Monash University in the Australian city of Melbourne around the turn of the millennium. It was devised as a management tool for people suffering from irritable bowel syndrome-type symptoms. 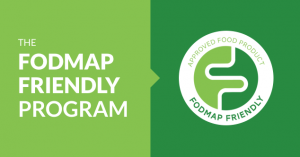 “These studies showed that by reducing the intake of these specific sugars in the diet, symptoms in affected individuals subsided,” Mottin says. “Research undertaken established certain thresholds for each of the FODMAP sugars as the data obtained in these studies showed that a small amount of each of these sugars was tolerable. Not to be confused with a complete abstinence from a food, the low-FODMAP diet is geared towards eating a lower amount of these sugars, using cut-offs established in the research.”

Although the research appeared to show following a low-FODMAP diet provided relief to people suffering from IBS-type symptoms, the diet did not really gain traction as a treatment in Australia until around late 2009. The development of low-FODMAP foods started around late 2012 and these products began hitting retail shelves in 2014.

The first products to emerge were soups, stocks and sauces. “Anything to give flavour as in the past anything with flavour always contained onion and garlic,” Mottin says. Onion and garlic are among the ingredients people following the low-FODMAP diet are advised to avoid, given they contain high levels of the problem sugars. 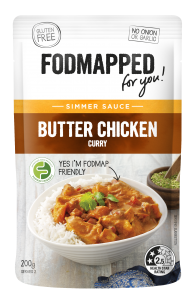 One of the major milestones for the fledgling category in Australia occurred in 2014 when a dedicated FODMAP ‘friendly’ food range, Fodmapped For You, was launched by Victoria-based Fodmapped Foods. The range is stocked by health food stores and by Coles, Australia’s second-largest grocer. Products in the range include pasta sauces, simmer sauces and soups.

Fodmapped Foods says its products were the “world’s first” range for those following a low-FODMAP diet and claims its lines, which are also gluten-free and contain no artificial colours, flavours or additives, taste as good as conventional brands that contain problem ingredients like onions, garlic, apples and honey.

Another company that has been recently set up to cater for the growing interest in the low-FODMAP diet is South Australia-based Some Foods. The business was set up three years ago by Martine and Ronnie Banks. Ronnie had been suffering from IBS for over 20 years and, after being told about the low-FODMAP diet by a work colleague, followed the regime and then established Some Foods with Martine in 2013. The company’s first products were launched the following year.

“We launched our product probably about a month or so after the Fodmapped product range but never mind; we were on the same path at the same time,” Ronnie Banks says. Some Foods markets a range of six cooking sauces and is starting to build its presence outside its home state. “We have quite a good presence in South Australia, we’re in over 50 stores, and we also have an online store,” Martine Banks says. “We have a distributor for two of the eastern seaboard states, and also, we’ve just signed with a distributor for Western Australia, so we’re starting to get our product out there and known. We are about to release another three products to market; balancing the growth of your market versus product development has been a little bit challenging.”

Despite the spark for Some Foods being Ronnie Banks’ IBS and interest in the low-FODMAP diet, he suggests the company’s initial growth was driven by regular consumers, with interest among low-FODMAP dieters building after the company’s certification with Monash University. “There’s no question that the mainstream consumers, so to speak, has been what’s helped our brand grow quickly. It’s only really in the last six months that we’ve suddenly seen a real pick-up in low-FODMAP diet people who are buying our brand,” he says.

The founders of Some Foods says the development of the market for low-FODMAP foods in Australia has been more rapid than they had expected. “When we launched our product, we did a lot of in-store tastings to promote our product, and it gave us a great opportunity to talk directly with consumers. At that point in time, very few people who we interacted with had ever heard of the low-FODMAP diet. Yet, now, whenever we do a tasting, at least several people either are on the low-FODMAP diet themselves, have a family member or friend who is on the diet. That’s within the space of two years. There are now many, many more foods that have been certified,” Martine Banks says.

FODMAP Friendly’s Certification is expanding, Mottin says, with products covered by the scheme falling into a wide range of food and drink categories, including meal kits, deli goods and beverages.

The certification programme has launched an app that houses data on more than 300 tested fresh foods, including sugar breakdowns on items that allow individuals to tailor diets to their specific needs. The app lists the 100 or so FODMAP Friendly certified products launched by manufacturers that are on the market. So far, many of these products have been launched by smaller manufacturers. However, it is understood Unilever is looking very closely at the low-FODMAP category (a spokesperson declined to comment for this article), while last week in the US, Nestle launched ProNourish, a low-FODMAP drink it says can help people with “digestive sensitivities”. Nestle said it would “evaluate roll-out into other markets in the future”.

The challenge for brands large and small alike is getting flavour development right. “Like all foods in the health sector, manufacturers must ensure they actually taste good and are capable of covering the entire food spectrum within a person’s lifestyle,” Mottin says. 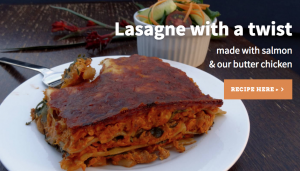 Another hurdle will be gaining further support from retailers. In the majority of retailers in Australia, low-FODMAP foods do not have their own fixture in-store. Products are commonly sold in health food sections alongside free-from and gluten-free foods.

“The two main chains, Woolies and Coles, have health-food sections. If you’ve got certified products, that’s where they’ll be,” Some Foods’ Martine Banks says. “There’s a Foodland supermarket within our state that has recently actually just set up a low-FODMAP dedicated section within their supermarket, which is very forward thinking of them. I think that there will be other stores that follow suit. I think that we’re getting close to it being a category. We’re not there yet, but we’re really close.” Ronnie Banks adds: “In Australia, the people who are going to drive this category are going to be the independent grocers.”

As with most new types of food, consumer education will be vital for the continued development and growth of the low-FODMAP market. However, Some Foods suggests more people with digestive issues are being advised to go on a low-FODMAP diet but say health professionals also need to be better informed when dealing with people with digestive issues. “There’s a lot of misinformation coming out from GPs and other referring doctors because they don’t quite understand it,” Ronnie Banks says.

Meanwhile, FODMAP Friendly is looking to develop the market for foods in Australia’s foodservice sector. It has already created a new licensing certification for the dining-out channel and is working with a number of café and restaurant operators to develop a low-FODMAP diet menu.

“FODMAP Friendly is consulting with foodservice and in particular airlines as the need for food offerings that don’t cause symptoms such as diarrhea or flatulence when you’re stuck in a seat next to someone will be a big winner for airlines,” Mottin says.

Can the low-FODMAP market become a big winner for manufacturers? Either way, the industry will be watching developments in Australia closely. 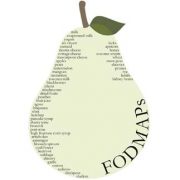 More Data on the Low-FODMAP Diet
Support This Resource

You’ve Been Diagnosed with Celiac Disease. Now What!
Scroll to top
Change Location
Find awesome listings near you!