September 22, 2015 Researchers at the University of Washington have developed an enzyme that eats up 99.97 percent of gluten in the stomach, and they hope the FDA will approve it as a pill to take before meals, by Rachel Belle, KIRO Radio

“One if the big issues for these patients is that, currently, the only treatment for Celiac disease is complete elimination of gluten from the diet,” she said. “This is very difficult to achieve because gluten happens to be everywhere in modern food production. So Celiac patients get ‘gluten’d’ all the time.”

Which is why Dr. Pultz was excited to announce that she has helped developed an enzyme that will knock out 99.97 percent of gluten while it’s still in the stomach, before it hits the intestines. The drug still has to go through trials and be approved by the FDA, but she hopes it will be on the market to help people in a few years.

“This is something that we’d want people to be able to take in pill form, before a meal containing gluten,” Pultz said. “It would wipe out all the gluten before it can cause problems.”

So even if someone intentionally eats a gluten-free diet, if they took a pill they wouldn’t get sick if they accidentally ingested it.

The gluten dissolving enzyme was originally developed by University of Washington undergrad students, advised by Dr. Pultz in 2011 for an international competition called International Genetically Engineered Machine competition. With their gluten fighting enzyme, called Kumamax, the UW team won, beating 164 other teams. This was actually the first time any team from the U.S. won this competition. And after all those students left for grad school, Dr. Pultz continued the research as her post-doc project.

She says the treatment is simple and wouldn’t necessarily have any side effects. “It works very, very well,” she said.

But what about people who don’t have Celiac disease, who experience stomach pain and other ailments when they eat gluten? Would this pill work for them?

So sit tight, people with Celiac disease, just a few more years of clinical trials and FDA approval to go and the world will be your bagel.”

More about KumaMax: Winner of C4C Recognition as a Novel Oral Therapeutic for Celiac Disease (December 16, 2013)

Dr. Ingrid Swanson Pultz, a Translational Investigator at the Institute for Protein Design won first prize at the UW Center for Commercialization 2013 Innovator Recognition Event, for KumaMax, an enzyme designed in the Baker lab to efficiently break down gluten within the acidic environment of the stomach, before it can reach the small intestine where intact gluten may otherwise cause an inflammatory reaction in people who suffer from celiac disease.  Hence, KumaMax is now the subject of a Translational Research Project being led by Dr. Pultz with the goal of improving the profile of KumaMax features so that it may one day become an oral therapeutic to be taken as a prophylactic by celiac patients before they consume a meal.  Find out more in this Seattle Times article, or this PSBJ article, or this King5 news clip.

Before joining the IPD, during her time in graduate school at the Universtity of Washington, Dr. Pultz founded the UW International Genetically Engineered Machine (iGEM) team (www.igem.org), and acted as an advisor from 2008-2011.  KumaMax actually began as an undergraduate student project for the iGEM competition, and in the summer of 2011 UW iGEM team won the iGEM Grand Champion prize for KumaMax (listen to the talented UW undergraduate iGEM team members talking about enzyme design at this video link).  See also Gordon, S.R., Stanley, E.J., et al. J Am Chem Soc. 134(50), 20513-20520. (2012).

Since its initial design and discovery in 2011, KumaMax has shown great promise as an oral therapeutic to treat celiac disease.  However, considerable additional funding is required to translate KumaMax from the bench to the bedside.  This translational work is now being supported by a $1.4M Opportunity Grant Award to the IPD from the Life Sciences Discovery Fund, which is being matched by additional generous philanthropic support.

You can read more about KumaMax here; or, check out an article on NPR covering KumaMax. We have also been featured on KOMO News.

This article was Authored by Dr. Lance Stewart, Sr. Director of Strategy (ljs5@uw.edu) at the Institute for Protein Design, with kind input and guidance from UW colleagues, and with the aid of web resources linked throughout this posting. 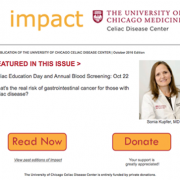 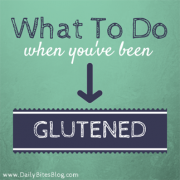 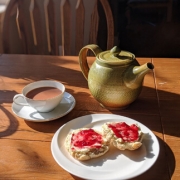 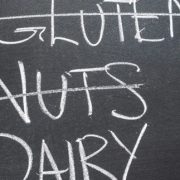 Ten Things You Hope Your Gastroenterologist Knows About Celiac Disease
Scroll to top
Change Location
Find awesome listings near you!