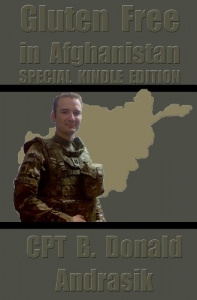 “When we think of a gluten free diet, we often think of the challenges of going to the grocery store, or the frustrations of being out to eat. In this unique story, CPT B. Donald Andasik – who has been on a gluten free diet for well over a decade – shares his story of maintaining a gluten free diet while at war in Afghanistan. The daily struggles of his demanding environment are compounded by the hassles and anxieties of needing gluten-free food in a part of the world where resources are scarce.”

Celiac disease poses enough challenges for patients. But, what if you suffer from celiac disease, have little to no control over your meals, and have to eat food that will make you sick because you need it to survive? Unfortunately, this is the reality for patients who have chosen to serve their country. For celiac and gluten intolerant soldiers, their challenges only grow when they go out on the front lines.

No one understands these challenges better than Captain B. Donald Andrasik. After touring in Afghanistan, he wrote a book about his experience as a soldier with celiac disease in a book called, Gluten-Free in Afghanistan. For this book, his main goal was to raise awareness for celiac disease in the military and in the general public. In turn, he hopes that the awareness will help the military to recognize the need for accommodating gluten-free diets for soldiers who need it.

Today, many soldiers choose to hide their condition when starting their career with the military. In fact, the official policy from the Department of Defense is that those with celiac disease or gluten sensitivities are not eligible for military service. However, some soldiers like Andrasik are able to manage their disease and live a relatively healthy life. Andrasik’s military career and the stories of other soldiers with these disorders are proof that celiac disease and gluten sensitivities do not stop a soldier from protecting their country.

Andrasik, who was diagnosed with celiac disease in high school, was always vocal about his diagnosis and that didn’t change when he enlisted. When he joined the National Guard, one of the questions he was asked was whether he knew his dietary requirements well enough to know what he could and could not eat. He happened to answer the question the right way, telling them that he was confident he can manage his condition and that he would not have any issues with malabsorption, which is a common symptom of celiac disease.

Though Andrasik passed the screening questions, there are many celiac patients who have been turned away because of their health. According to him,  this could be because those prospects expressed that celiac disease would be a challenge for them. If the military noticed their reluctance, then they would not be able to join in the ranks.

So can be it done? Andrasik thinks so. After losing 40 pounds and risking his health by eating foods that weren’t gluten-free, Andrasik doesn’t see celiac disease as a hindrance. But he believes that the military needs to make accommodations for celiac disease.

Andrasik says that the military has two simple steps to make life easier for gluten-free soldiers:

Labeling foods:  By labeling food as gluten-free and labeling all potential allergens in foods, it would make it easier for those with dietary restrictions to make the right choices at mealtime.

Provide gluten-free Meals Ready to Eat (MRE):  MRE’s are free-dried meals that need to be mixed with water to be consumed. They are provided to military personnel to eat while in the field. While service members are able to request vegetarian and kosher options, there are no options for those who eat gluten-free.

Really though, any changes made would be a step forward for soldiers who need to be gluten-free. It’s not impossible for gluten-free soldiers to thrive while overseas, but there still needs to be some changes for the military to make any progress.

Another point that Andrasik wants to make with his advocacy is that changes won’t come unless other military personnel asks for it.  During his time overseas, he learned to ask, meet with kitchen managers and try as much as possible to get the resources he needed to access gluten-free food. While it’s not always possible, he does believe that if people don’t complain about not having access to the right food, change will never happen.

After his experience in Afghanistan, Andrasik can see why some people choose to hide their condition and learned that these soldiers would either eat normally or choose to survive with the bare minimum. He remembers serving with one soldier who had to follow a gluten and corn free diet. These restrictions left the soldier to live only on rice crackers and a few pieces of fruit.

For the most part, the soldiers who require a specialized diet are afraid to speak up because they don’t know what the repercussions would be. Being sent home because the food is making them sick is not an option for those who are committed to military service. Others are also afraid to hear “make do or go home” from colleagues and officials.

Andrasik is now at home with his family. He plans to continue his advocacy for gluten-free options for deployed soldiers and is confident that he will see the change that needs to happen.

Followers of a Gluten-Free Diet Considered High-Maintenance, Selfish and Arrogant. What Gives? 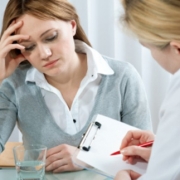 The Celiac Counsellor Talks About Mourning and Celiac Disease 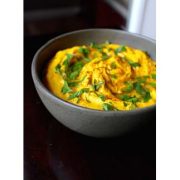 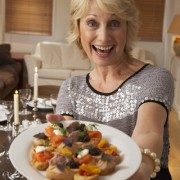